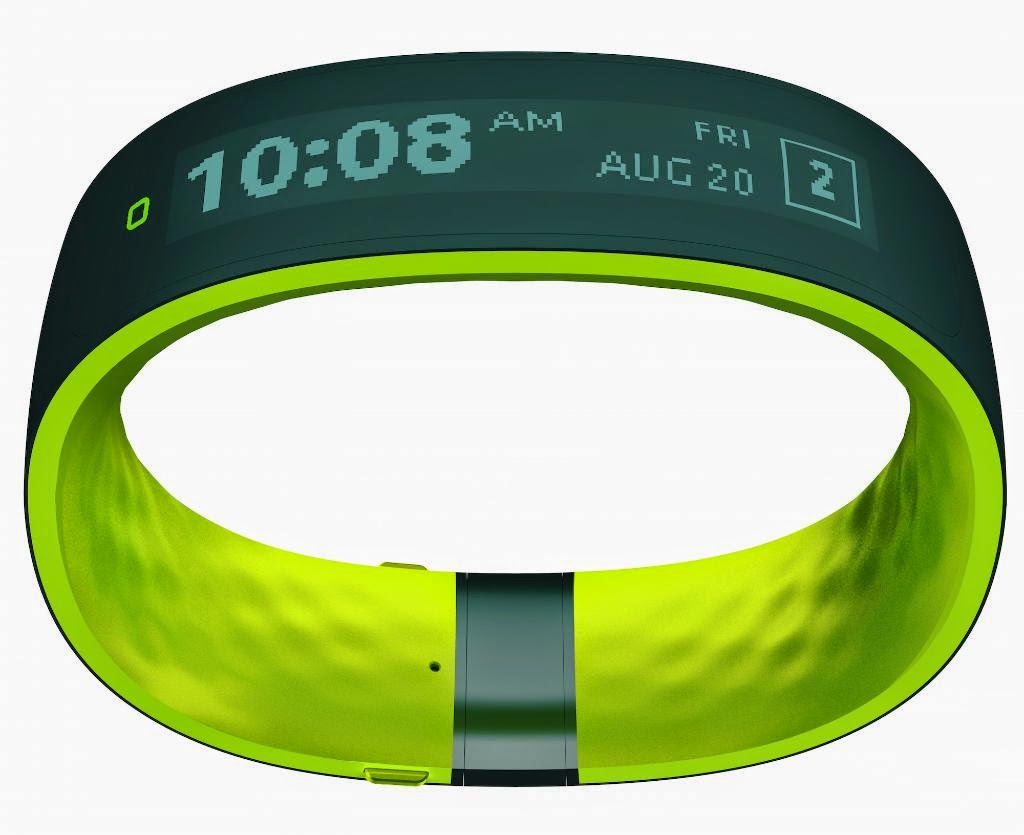 At Mobile World Congress 2015 (#MWC15), HTC announced a wearable activity tracker called the HTC Grip. This GPS-enabled wearable is being announced in partnership with Under Armour and will sync with the UA Record mobile app.

Under Armour has recently acquired several fitness mobile apps including MapMyFitness, MyFitnessPal, and Endomondo. The HTC Grip may remind you of the Nike+ Fuelband, but the display is much more sophisticated, the display is touch-enabled, it has built-in GPS, and it syncs via Bluetooth with iOS and Android mobile devices. The Grip can also provide notifications from your mobile device, so it could be considered a fitness smartwatch. The lack of a built-in heart rate monitor may be a drawback for some, but I'm finding that you often get more accurate HR data when you wear a dedicated HR monitor vs. using a built-in feature on a multifunctional device like a smartwatch.
Posted by DrJosephKim at 1:00 AM

Email ThisBlogThis!Share to TwitterShare to FacebookShare to Pinterest
Labels: HTC, Under Armour