My review of the Mio Link heart rate monitor

Over the past several weeks, I've been using the Mio Link to track my heart rate as I go through various exercise routines. I've found that whether I'm running, cycling, or doing some type of circuit workout, the Mio Link accurately measures my heart rate using an optical wrist-based sensor and sends that information either to my smartphone of my Bluetooth Smart-enabled fitness watch. The Mio Link also communicates via the wireless ANT+ protocol, but it does not use the traditional analog 5 kHz wireless transmission that's commonly found on fitness machines like treadmills.

I've mainly used the Mio Link paired with my Polar V800 (Bluetooth 4.0) or my iPhone (Bluetooth 4.0) running a variety of fitness apps such as Polar Beat, MayMyRun, and others. Since the Mio Link doesn't have a display, you need to pair it with another device to see your HR numbers. The Mio Link uses a flashing colored LED to indicate your HR zone (which you can adjust via the Mio mobile app).

For some size comparison, here's the Mio Link (bottom) on my wrist next to a Jawbone UP24 (top) and a Polar Loop (middle). The Mio Link is wider than other wrist-worn devices, but it's still very comfortable thanks to a very soft and flexible wrist strap. 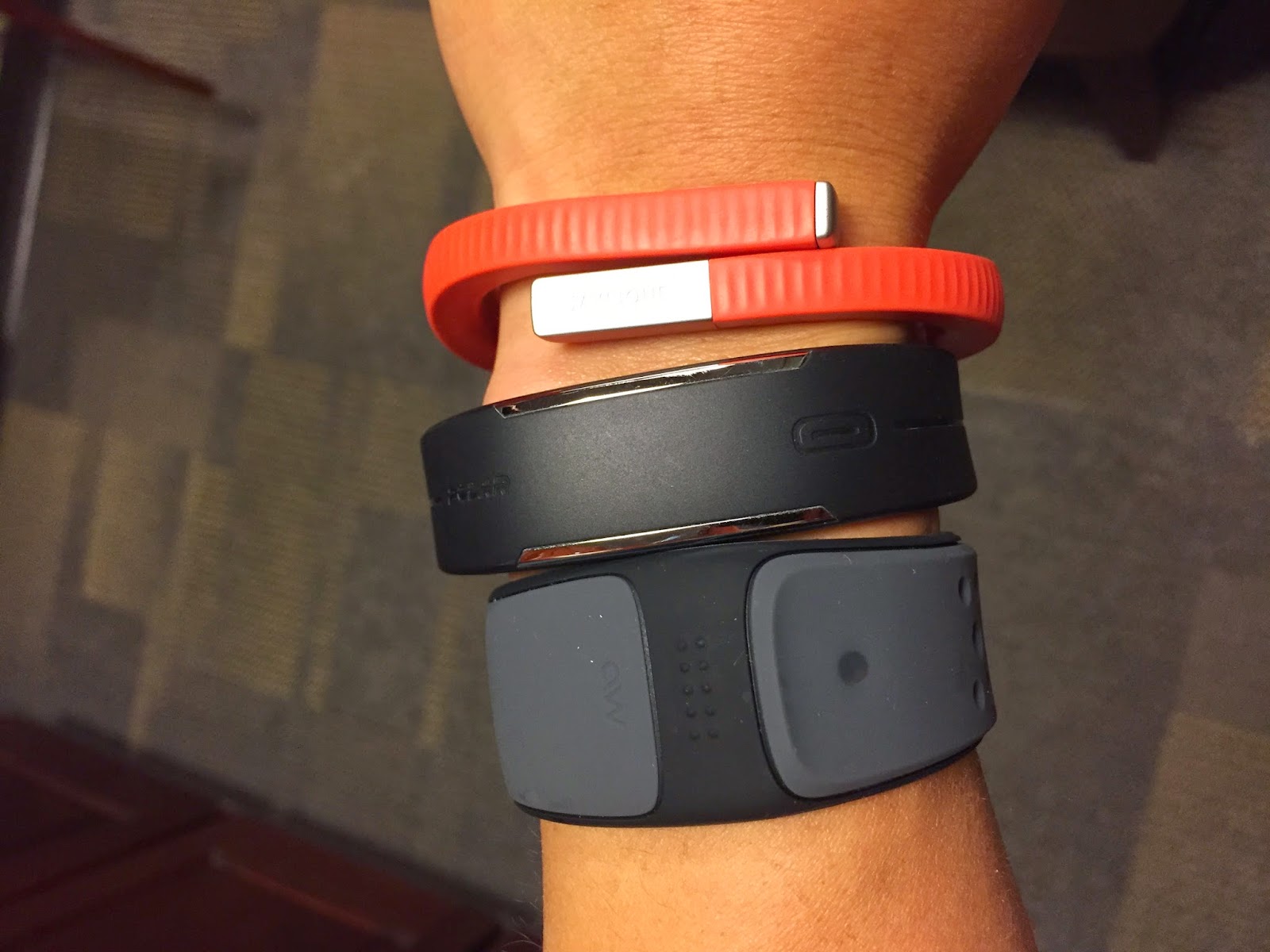 The sensor portion of the Mio Link comes off the band. You'll see that the sensor is small and Mio rates it as water resistant to 30 meters. 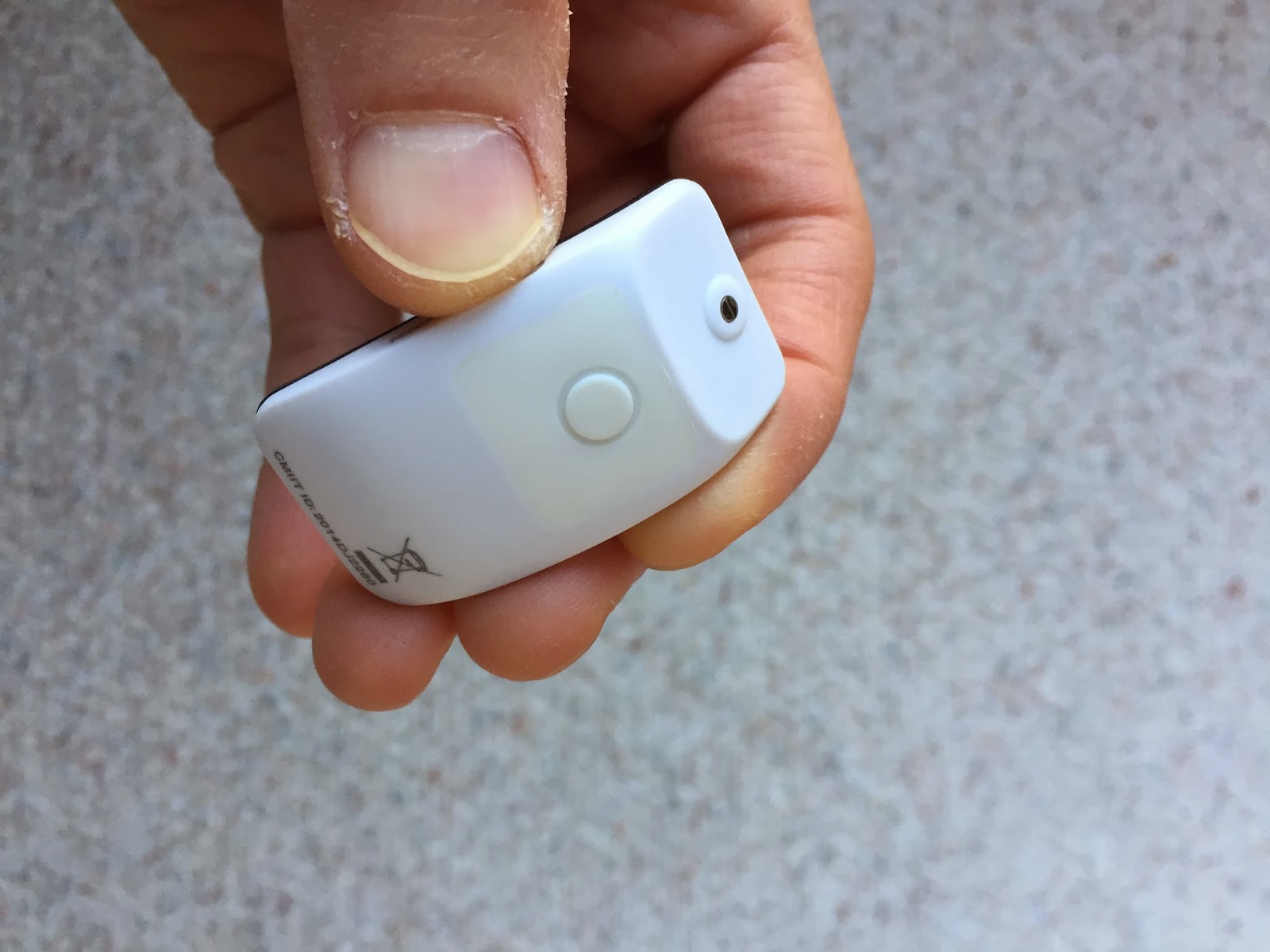 The Mio Link uses optical technology to measure your heart rate whether you're resting or exercising. I generally wear a heart rate monitor that attaches via a chest strap, but ever since I starting using the Mio Link, I've not gone back to wearing a chest strap. 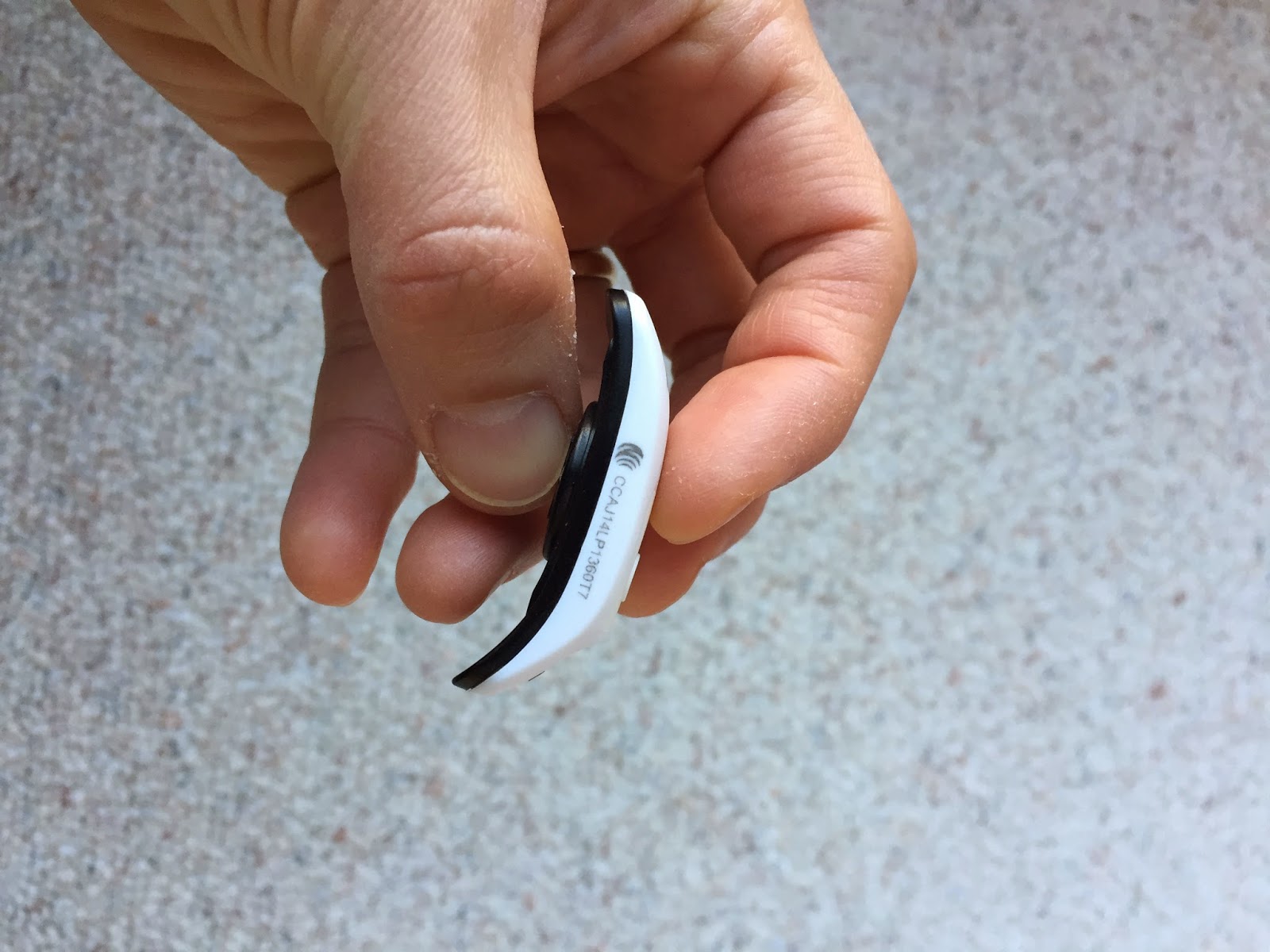 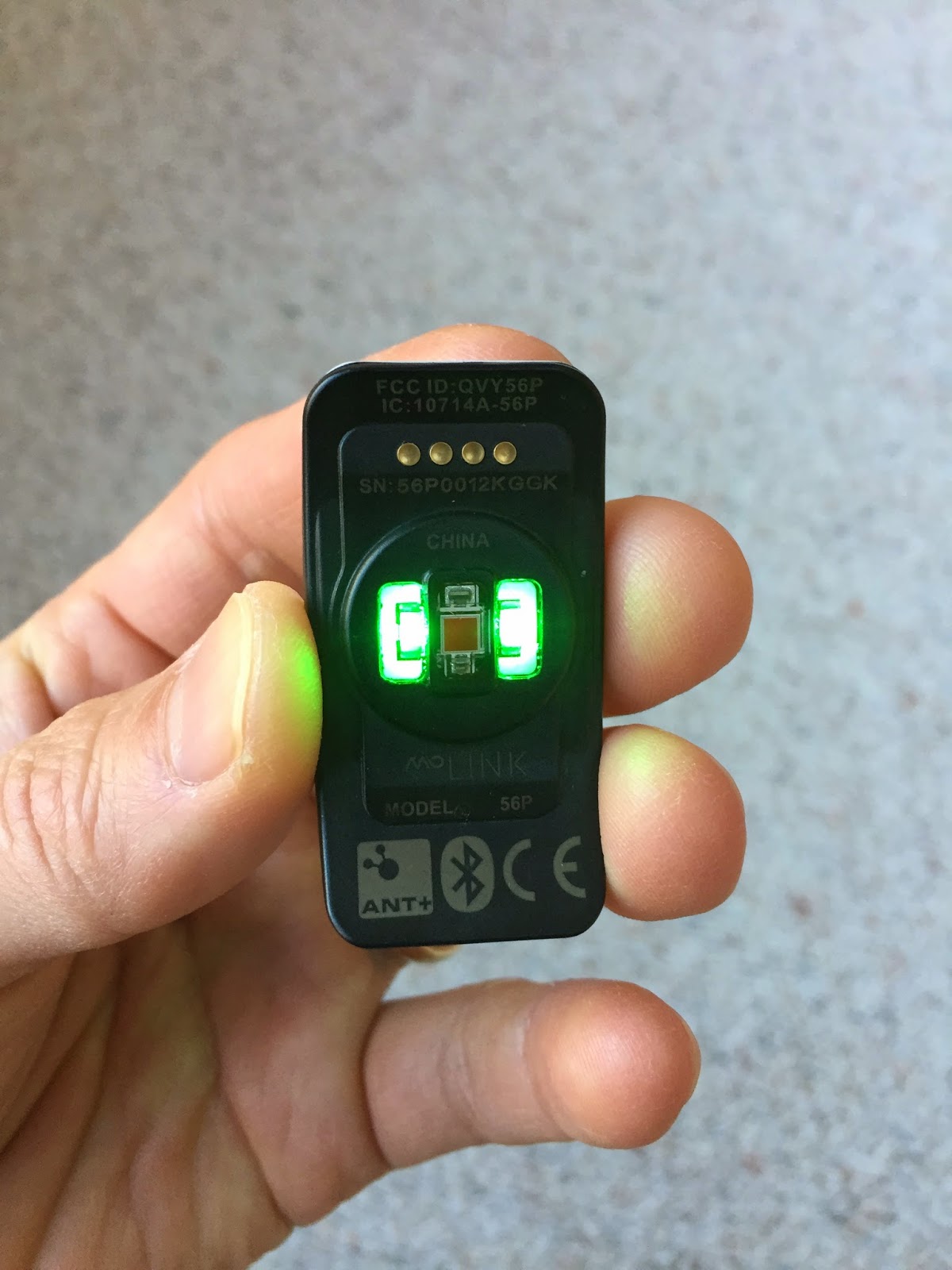 Here's how it works: LED lights and an electro-optical cell “sense” the volume of blood under the skin. From there, sophisticated algorithms are applied to the pulse signal so that the heart’s true rhythm can be detected, even while running at performance speeds.

In order to exercise safely and effectively, it's important to measure and track your heart rate. Ideally you'll want to do this on a continual basis as your exercising intensity changes. Here's an example of the Mio Link measuring changing heart rate as running pace went up and down: 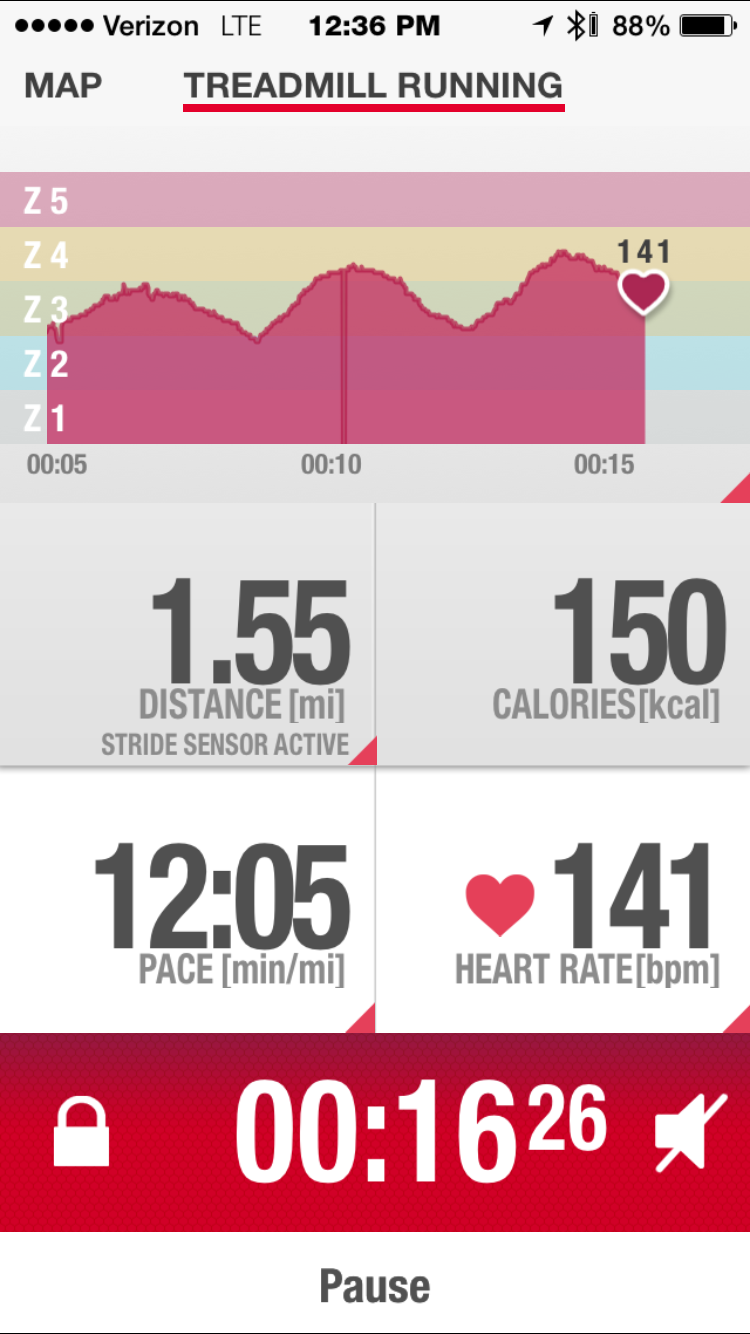 Tracking heart rate during exercise isn't just an academic exercise. For me, having access to this information has allowed me to boost my exercising and training efficiency. I'm able to push myself harder and also monitor my recover periods accurately. Optical heart rate monitoring is rapidly replacing the traditional chest-worn straps and we're seeing many other fitness manufacturers adding optical heart rate into GPS running watches and other gadgets. For example, the TomTom Cardio and the Adidas SmartRun GPS watches use the Mio optical heart rate sensor technology.

The Mio Link comes in gray, white, or yellow (new color) and retails for $99.

Mio also recently launched the Mio Fuse which incorporates an activity tracker + display. They also launched the Mio Velo for cyclists who wish to have a device to bridge their cycling ANT+ sensors to Bluetooth Smart.
Posted by DrJosephKim at 8:00 PM